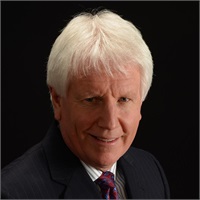 Mike is a native of Richmond, Virginia. He attended Midlothian High School and the University of Virginia. He has been in the financial services industry since 1983 and has run his own company since 1992. He is a registered representative with Securities America, Inc. and an Investment Advisory Representative with Securities America Advisors, Inc.

His professional licenses include Series 6, 22, 63 and 65.  He holds a combined life and health insurance license in Virginia and holds life and annuity licenses in several other states.

He is a Chartered Retirement Planning CounselorSM,  a designation awarded after considerable training through the College for Financial Planning.

Mike is a current member and two-time former president of the Powhatan Lions Club.  He has lived in Powhatan County since 1987.  He has been married to his wife, Susan, since 1980.  He enjoys playing golf, fishing, playing the piano and reading.